Jackie Manthorne, President & CEO and Mona Forrest, Secretary of the Canadian Cancer Survivor Network were presented with the Dried Prostate Award at an event hosted by Prostate Cancer Canada Network Ottawa on June 19 which was attended by approximately 60 men living with prostate cancer, their spouses and other family members.

“CCSN has been a good friend of PCCN Ottawa and we applaud their work,” stated Larry Peckford, Chairman of PCCN Ottawa. “Jackie and Mona join twenty-one individuals and groups who have been recognized since 1993 by way of our Dried Prostate Award. Through Jackie and Mona, CCSN has been a great partner to the work of PCCN in Ottawa and their advocacy in the treatment and support of survivors of prostate cancer is widely recognized. We thank them very much for their foresight and continued hard work.”

“On behalf of the Canadian Cancer Survivor Network, I would like to say how thrilled and honoured we are to receive this award,” Manthorne told the crowd. “PCCN Ottawa was one of the first partners of CCSN, and we have worked with them over the years to make sure that the voices of men living with prostate cancer and their families are heard in the community and among decision-makers. We certainly commit ourselves to continuing this important work together with PCCN Ottawa in the future.”
Left to right: Chuck Graham, Vice-Chairman, PCCN Ottawa;  Mona Forrest, Secretary, CCSN; Jackie Manthorne, President & CEO, CCSN; Harvey Nuelle, Support Coordinator, PCCN Ottawa; Larry Peckford, Chairman, PCCN Ottawa
Updated:
Thanks to Harvey Nuelle for stopping by the CCSN office to drop off our smaller, personalized dried prostate awards! 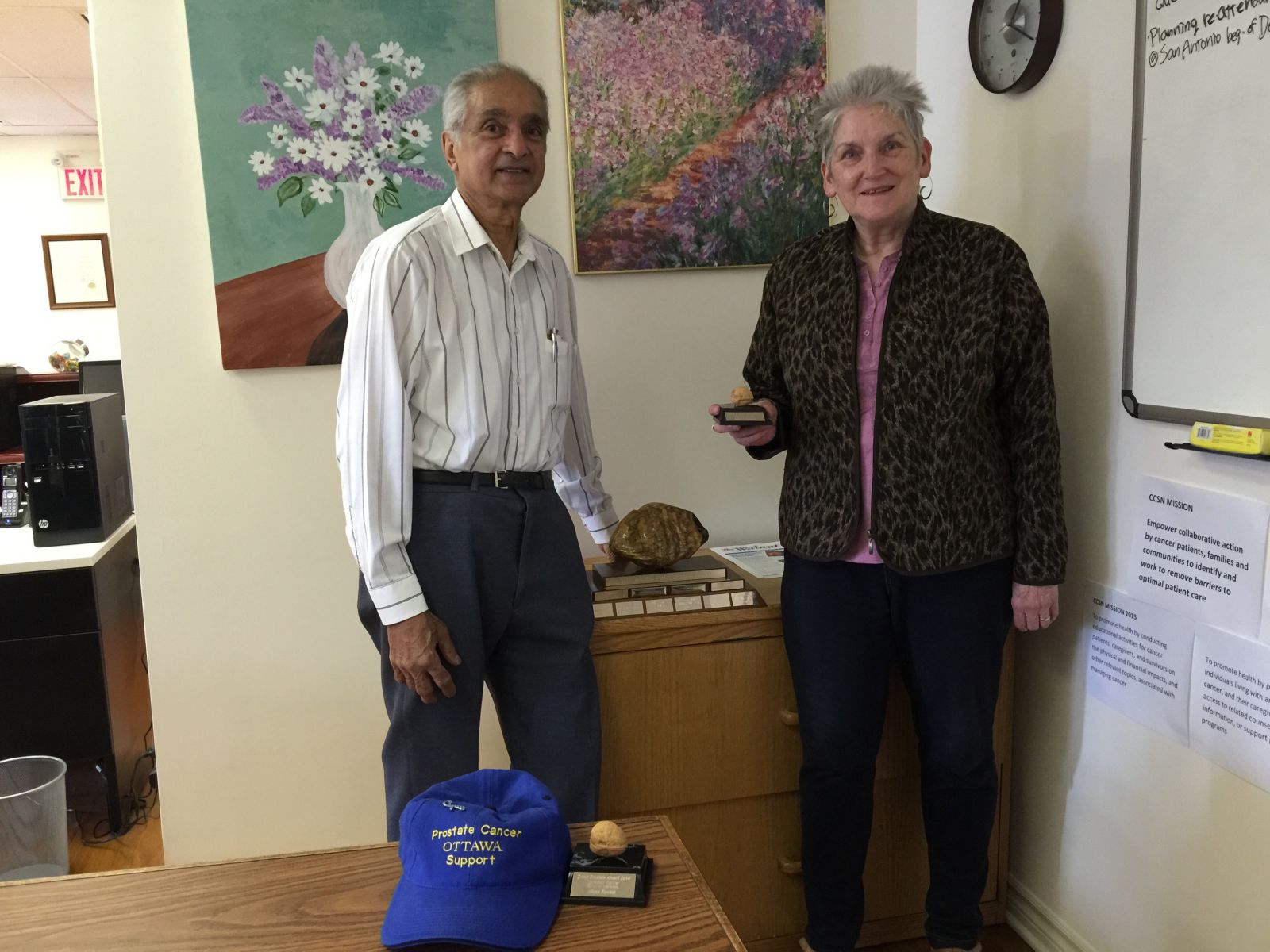