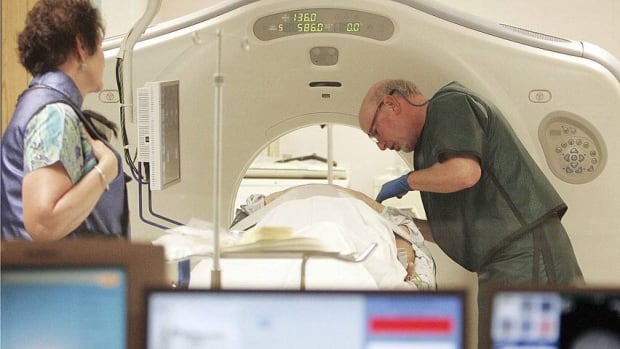 While most patients fare well emotionally, fears of cancer returning or a new cancer developing are common. (Jim Cole/Associated Press)

Cancer survivors in the United States reached record numbers this year — 15.5 million — and the American Cancer Society predicts they’ll total more than 20 million in another decade.

But along with these success stories comes a growing demand for medical, emotional and psychological support to aid survivors’ long-term recovery, according to a new cancer society report.

“Many cancer survivors have to cope with long-term physical and psychological effects of their cancer treatment,” said lead researcher Kimberly Miller, an American Cancer Society epidemiologist. “It’s important for the public health community to have a better understanding of the current and future needs of these survivors.”

Although cancer rates are declining for men and stable for women, survival numbers are up because of improved detection and treatment, as well as a growing and aging population, the study authors explained.

Cancer not only affects a specific organ but has effects on the mind and spirit as well
– Dr. Stephanie Bernik

According to the report, nearly half of survivors are 70 and older, and 56 per cent were diagnosed within the past 10 years. One-third were diagnosed less than five years ago.

Among men, survivors were most likely to have had:

Women survivors most often had:

These aren’t necessarily the most frequently diagnosed cancers. For example, lung cancer is the second most commonly diagnosed cancer in men, but because of its poor survival rate, it ranks eighth among survivors, Miller said.

Because of the toll cancer takes on patients and their families, it is important to offer emotional, financial and physical support, said Dr. Stephanie Bernik, chief of surgical oncology at Lenox Hill Hospital in New York City.

“Cancer not only affects a specific organ but has effects on the mind and spirit as well,” said Bernik.

Many groups, such as the American Cancer Society and the U.S. National Cancer Institute, have made progress in providing services for patients outside of just the standard medical treatments, Bernik said.

However, much more is needed as the number of cancer survivors increases, Bernik said. “Complicating the matter is the fact that every patient is an individual and often has unique needs. With time, the hope is that more programs will emerge to help with all aspects of cancer care,” she said.

Miller added that primary care doctors and survivors must work together to help deal with the lasting effects of the disease.

“A lot of people go to their primary care physician after completing treatment for information, and that’s an area where physicians may need more education and support,” Miller said.

Primary doctors can help survivors with cancer screening and encourage good habits, such as quitting smoking, eating a healthy diet and exercising. In addition, they can make referrals to mental health experts if a patient is psychologically distressed. “They just need the tools to manage care efficiently,” Miller said.

While most patients fare well emotionally, fears of cancer returning or a new cancer developing are common. Family and friends may find that many cancer survivors have “unmet psychosocial and medical needs,” the study authors explained.

The report, prepared by the American Cancer Society in collaboration with the U.S. National Cancer Institute, was published online June 2 in CA: A Cancer Journal for Clinicians.

Researchers defined a cancer survivor is anyone with a history of cancer, including those in treatment and those who are cancer-free.