Before the holidays, we shared a blog titled “Federal andprovincial governments clash about healthcare funding.” Since then, certain parties have made significant moves which could ultimately affect all Canadians.

Since our original post, three of the four Atlantic provinces have signed separate, bilateral healthcare agreements with the federal government. 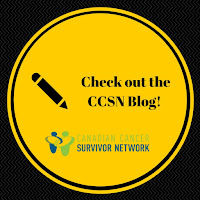 New Brunswick was the first province to move forward with its own healthcare deal on December 22, 2016. This agreement gives the province 230 million dollars in funding over 10 years for healthcare and for programs for seniors.

Shortly after, Nova Scotia and Newfoundland and Labrador followed suit and agreed to their own unique healthcare deals.

The Nova Scotia government noted that they will receive approximately $287 million in new funding.  When asked about the agreement, Nova Scotia Finance Minister Randy Delorey said, “We were up in Ottawa, we did say we wanted to continue the conversations with the federal government; they reached out to have conversations and that’s our responsibility to the people of Nova Scotia.”

As for Newfoundland and Labrador, they agreed to a total of $160 million in new funding over the next 10 years.

Even though these agreements are already in place, all three include a fairly important clause which allows the three provinces to change their specific agreements if another province is able to secure a better deal from the federal government. Essentially, New Brunswick, Nova Scotia and Newfoundland and Labrador are ’hedging their bets’ so that if anyone else is able to negotiate a better agreement, they will be able to secure equal funding.

After hearing about these individual agreements, Quebec Health Minister Gaetan Barrette and Ontario Finance Minister Charles Sousa Minister both voiced their displeasure. On December 22, Minister Barrette tweeted that, “NB chooses to accept reduction of fed funding from 23,3% to 20% but also rely on other provinces to fight for a better offer. #cdnpoli”. Minister Sousa added that it is “inappropriate for the federal government to be rushing before Christmas to cut ‘side deals’ with some provinces, rather than trying to seriously negotiate a national deal that’s in all Canadian’s best interests.”

So what does this all mean?

With three fewer provinces working towards a new agreement, some commentators believe that it will be harder for other provincial governments to continue negotiating a better offer than what was on the table before. With that being said, there are still a number of provinces which continue to demand an increase in funding.

“We remain optimistic that both the provincial and federal governments can come to an agreement that will improve patient care across Canada.” said Jackie Manthorne, President & CEO of the Canadian Cancer Survivor Network. “Our hope is that all provinces that remain without a new agreement can work together to secure the best possible deal for all Canadian patients.”